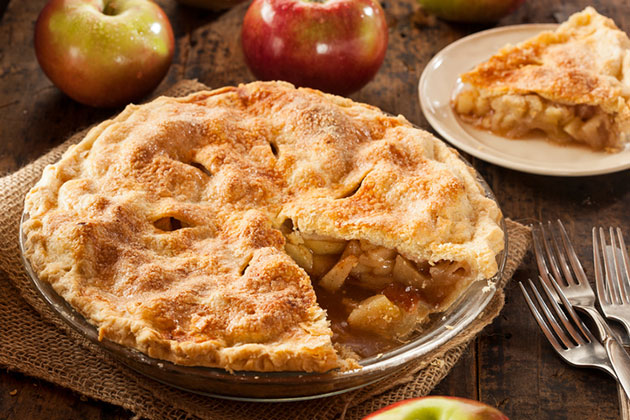 In a small bowl, combine the Monk Fruit In The Raw® Bakers Bag, Sugar In The Raw, cinnamon, clove, and salt, and set aside. In a large bowl, toss the apples with the lemon juice. In a large skillet over medium-high heat, melt the butter. Add the apples and cook until they look moist, 3 minutes, stirring frequently. Mix in the sweetening and spice mixture, and cook until the apple slices soften slightly, 3 minutes, stirring occasionally. Spread the hot apples on a baking sheet and cool to room temperature.

Using the remaining1/2 teaspoon butter, coat a 9-inch deep-dish pie plate or other baking dish. Spread the apples in the prepared baking dish. Arrange the pie crust over the fruit, tucking it under around the edges. Using a fork or your fingers, crimp the edges of the crust decoratively. If desired, brush the crust with the cream or milk. With a sharp knife, cut vents in the crust, placing them decoratively.