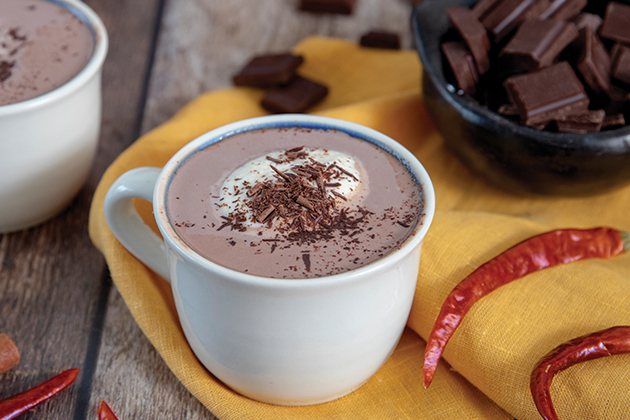 In a medium saucepan, whisk together cocoa powder, cinnamon, salt, and cayenne. Whisking constantly, add milk in a thin stream until combined. Whisk in Agave In The Raw® and orange zest.

Heat over medium, whisking occasionally, until mixture is steaming and bubbles start to appear on the sides of the pan. Remove from the heat and whisk in vanilla.

In a medium bowl or the bowl of a stand mixer fitted with the whisk, beat cream and Agave In The Raw® on medium speed until cream is softly whipped.

To serve, divide cocoa between mugs, top each with 1 tablespoon whipped cream, and sprinkle with cinnamon.