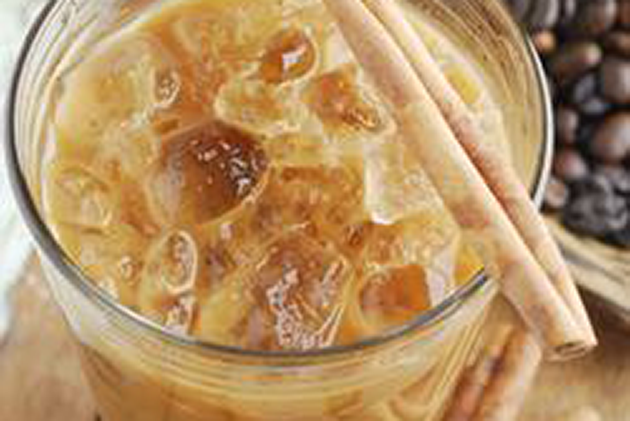 Pour 2 cups of the brewed coffee into ice cube trays, and freeze.

In a large pitcher, combine 1 cup of the remaining coffee with the Agave In The Raw® and stir to combine. Then add the remaining last 3 cups of coffee, milk, almond extract, ground cloves and cinnamon sticks. Stir, cover, and refrigerate for 1 -24 hours.